The next time Imtiyaz Khatri flies Air Canada, the most he’ll do is enjoy the sight and aroma of his “Muslim meal” without ever tasting it. If he bothers to order it.

Like other devout Muslims, Khatri — a Toronto businessman and frequent flyer — doesn’t consume meat unless it’s from ritually slaughtered animals. But he is getting mixed messages from Air Canada on whether the airline’s meals meet strict Islamic dietary requirements and are halal (Arabic for permissible).

Khatri says he called Air Canada last week and was told by a manager that its Muslim meals don’t contain alcohol or pork.

But when the Toronto Star contacted the airline, a spokesperson said Muslim meals were also free of animal fat, beef and veal.

“We do offer chicken and I think the current rotation offers fish,” she said.

Most Muslims consider chicken — like beef, veal and lamb — to be halal provided the meat is from ritually slaughtered animals. Fish is always halal.

But the spokesperson said Air Canada’s meals are “Muslim-style,” and not halal. The airline met with two community leaders — Dr. Abbas Moledina and Dr. Liyakat Takim — in 1999 to ensure meals would be “appropriate,” she said.

“They were very happy with what we were able to come up with.”

But Takim, now a professor at the University of Denver, says that is not so. In 1994 and 1995, as imam of the Ja’ffari Islamic Centre in Richmond Hill, Takim took the initiative to get Air Canada to offer halal meals. He worked with an airline representative, sampling various meal offerings.

But it never led to anything, Takim said. “(They) just wasted my time.”

Dr. Abbas Moledina also denies ever giving the stamp of approval to Air Canada’s Muslim meals. The self-described “modest Canadian Muslim citizen” — who insists he’s not a “community leader” — said he contacted the airline to complain about Muslim meals not being halal.

The same Air Canada spokesperson, reached a second time, wouldn’t comment on what the men had to say, but stated that chicken is not part of the Muslim meals, and added that the airline is always open to receiving feedback from customers.

The Star then contacted an Air Canada reservation agent and asked if the Muslim meals on Air Canada are halal. “Apparently yes,” she replied, “they are 100 per cent.”

Air Canada should get its meals certified by religious scholars, said Sheikh Omar Subedar, head of the halal department of the Canadian Council of Muslim Theologians, an organization representing more than 100 Islamic scholars in Canada.

Muslim consumers “should demand” to know if the food they are served is up to halal standards, he said.

The head of an American halal certification agency says Air Canada is typical of the industry. “There is no airline in North America offering halal meals,” said Dr. Munir Chaudry of the Islamic Food and Nutrition Council of America, which has a Canadian branch office in Oakville.

Muslim travellers are offered better selection on other foreign carriers. British Airways offers Muslim meals with halal meat that are free of pork, pork byproducts and alcohol, according to the airline’s website.

Air Canada, like most airlines, offers a variety of special meals, including kosher, Hindu, Oriental, and both lacto-ovo and non-dairy vegetarian meals. 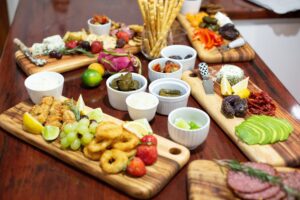 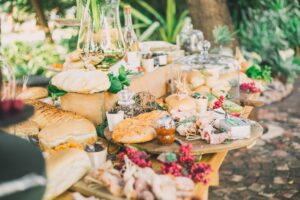 Challenges & opportunities in Halal Industry: What makes a meat HALAL?

What is “Halal,” and what does it imply? While the precise definition of the Arabic 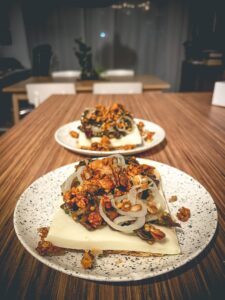 Despite the global economic recession caused by the pandemic, the global halal industry is expected