According to International Data Corporation, Islam is the world’s second-biggest and fastest-growing religion, with Muslim consumers anticipated to account for 26% of the worldwide population by 2030. This indicates that halal food consumption will be boosted by population increase and younger demographics since Muslims are 24 years old compared to non-Muslims who are 32.

The Arabic term halal means “permissible” or “legal.” It refers to food that is lawful in Islamic law, as laid down in the Qur’an (the Muslim scripture). Haram, which means illegal or forbidden, is the polar opposite of halal. When people hear the word “halal,” the first thing that springs to mind is meat halal. In addition, Islamic law considers a variety of other foods to be halal. It includes, for example, grain goods such as rice, pasta, and bread that have not been cooked with lard, alcohol, or vanilla essence. It is considered haram if prepared with those ingredients (forbidden). Fruits and vegetables can be treated in the same way. They are permissible under Islamic law unless they are prepared with certain animal fats, pork, or other haram ingredients.

Many countries like Canada understand this halal concept and have developed a halal food labeling system that makes it easy for consumers to get halal food. The halal monitoring Authority HMA thus developed a three-part inspection strategy that covers the whole supply chain, from abattoirs, slaughterhouses, and manufacturers through middlemen (processors and distributors), and lastly, retailers (butchers and food outlets). We have a list of certified stores that provide halal products and halal meat Toronto and others.

Before we get into the creation of halal cuisine, let us have a look at some of the most regularly manufactured halal food names and their ingredients:

As you can see, even with particular diets, it is not difficult to eat halal. There are a plethora of cuisine options. However, how the food is prepared and cooked is crucial. Any food containing alcohol, fat, gelatin, pure vanilla extract, or pig products, for example, is deemed haram and should not be consumed. Intoxicants and alcoholic beverages, rotting meat, blood, clawed birds, pig & pork-related commodities (such as bacon, ham, etc. ), donkey, snake, cat, dog, bear, lizard, scorpion, and mouse foods should all be avoided. In addition to the components, the things must be prepared, kept, and cooked by Islamic law. For example, a Muslim must slaughter the meat with a very sharp knife in a place away from pigs, saying “Bismillah” just before slaughtering to state God’s name. If possible, the slaughterer and the animal itself should face the Qibla (the direction of Mecca – the birthplace of the Prophet Muhammad). The knife’s sharpness is because the animal’s death must be swift to avoid torturing it. It should not be in any discomfort. Additionally, the blood must be promptly drained. Fish and similar seafood products are excluded from this procedure since they die rapidly after emerging from the water and have little blood.

Even though the halal procedure appears tough to follow, it is not. It is based on Islam’s religious beliefs. When you read the Quran, you will notice that forbidden meat and other foods are described in great detail. The goal of halal has begun to diverge from religion in one sense due to the fast-increasing halal food market. Many Muslims might become fixated on the prohibition of slaughtering and consuming only what is deemed halal. There is nothing wrong with this up to this point; the problem is that they violate God’s mandate to speak his name before eating other halal foods like fruits and vegetables. In today’s world, numerous merchants and restaurants have begun to sell and provide halal food and dedicate a significant portion of their menus to it.

In conclusion, Islam is more than a religion; it is a way of life, governed by procedures, norms, and etiquette in all aspects of existence. Food regulations are particularly significant since food is an integral element of daily living. Muslims are required to eat for survival and good health, not to live for the sake of eating. Eating, like prayer, fasting, almsgiving, and other religious activities, is considered a form of worship in Islam. 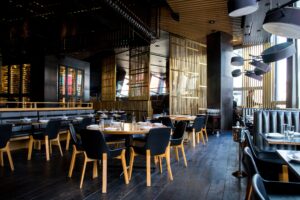 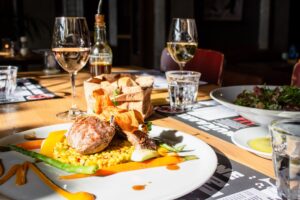